Beers of Europe – 1st In the UK to Stock Oktoberfest Beers!

The world’s biggest beer festival arrives at Beers of Europe 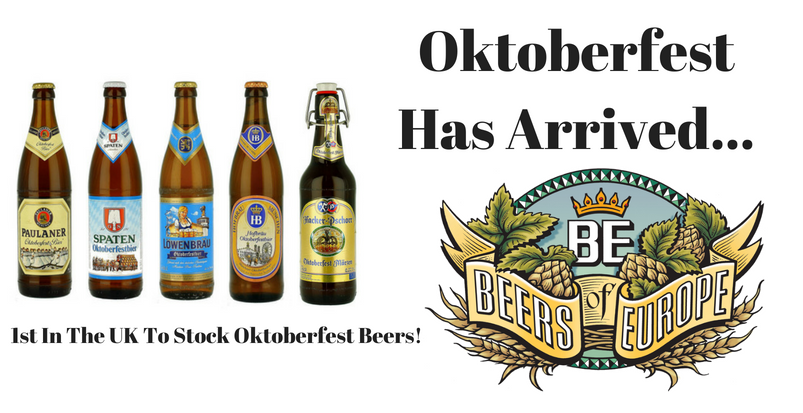 From Munich, Germany to Norfolk, England…

Every year, 6 million people flock to the fields outside Munich to enjoy the world’s biggest beer festival Oktoberfest, which was first held in 1810 to celebrate the marriage of Prince Ludwig and Princess Therese. Munich’s most popular breweries produce a special Oktoberfest beer for the event which is scarcely available in the UK.

Whilst the festival doesn’t start until the 22nd of September, the beers have already arrived to Beers of Europe, Britain’s Biggest Online Beer Retailer, making them the first place in the country to stock the sought-after Munich beers.

Speaking just after the Oktoberfest beers arrived this morning at their warehouse in Setchey, just outside King’s Lynn, Procurement Manager Matthew Keeley-Smith said:

“Going to the festival is a great experience, but not everyone can make the journey to Bavaria, but Beers of Europe gives you the next best thing , you can get the chance to buy and taste the beer and we are the first to stock it in the UK. Nowhere else in the country have the Oktoberfest beers been delivered earlier than Beers of Europe and that is credit to the great relationship we have built over the years with our suppliers. Being able to deliver across the country in quick fashion means our customers get a taste before anyone else and that equates to plenty of happy beer-drinkers”.

Beers of Europe have the Oktoberfest beers from five of the six biggest Munich breweries, Hacker-Pschorr, Hofbräuhaus , Löwenbräu , Paulaner and Spaten. The beers will be available in several formats, including a mixed 12 box, a mixed 24 box, 2 bottles with a stein as well as on their own. The beers are seasonal and will likely only be in stock until December. The sheer amount of customer requests for the return of Oktoberfest is the driving force for its prompt arrival and Beers of Europe look forward to a successful festival season. 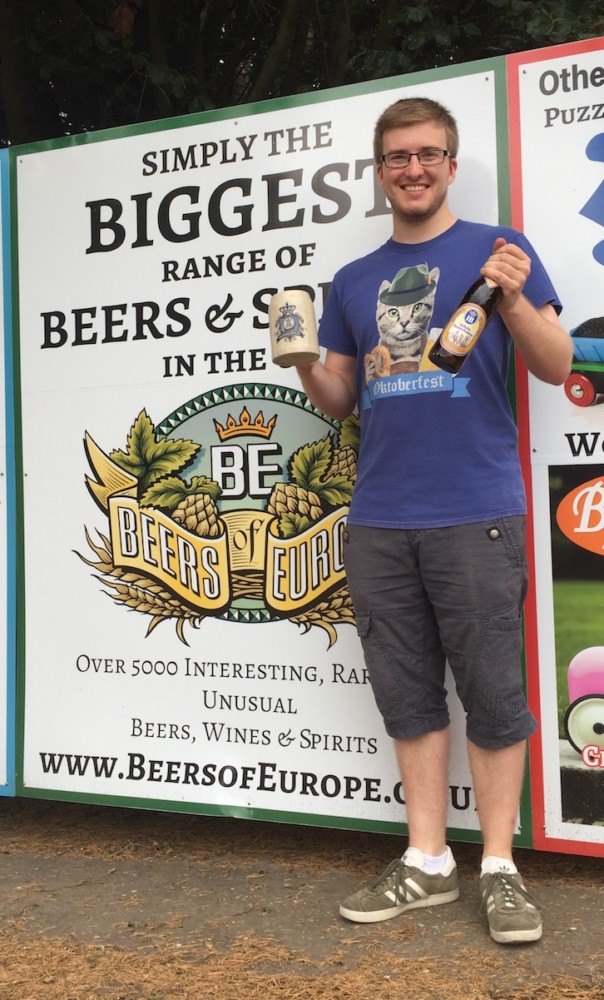 Beers of Europe is a family run business based in Setchey, just outside King’s Lynn. Since 2000, the Clark family

have built up a range of over 5000 products, including beers, ciders, wines, spirits and much more from all over the world. If you don’t have the chance to visit the shop in person, then you can view all things Oktoberfest, as well as the entire range of weird and wonderful products online at www.beersofeurope.co.uk