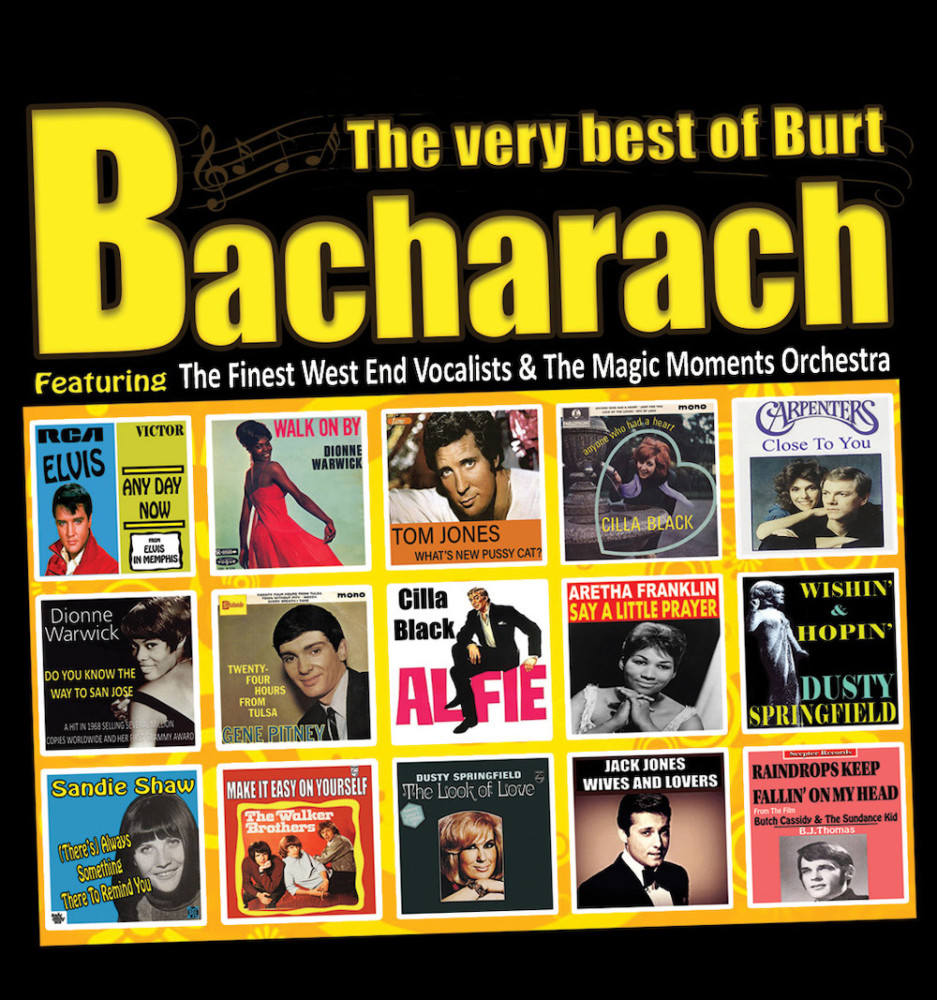 FROM I SAY A LITTLE PRAYER TO CLOSE TO YOU; THE LOOK OF LOVE TO WALK ON BY – BACK TO BACHARACH CELEBRATES THE BIGGEST HITS OF A SONG-WRITING MAESTRO

Walk on By, Close to You, I Say a Little Prayer, The Look of Love, Raindrops Keep Fallin’ on my Head, Make it Easy on Yourself, Do You Know the Way to San Jose, Twenty-Four Hours from Tulsa, (There’s) Always Something There to Remind Me – featuring the biggest-selling songs of all time. . .

Back to Bacharach – the biggest, hit-packed concert show on tour – is coming to town.

Honouring song-writing maestro Burt Bacharach, the production features all of the three-time Academy Award winner’s greatest hits, performed by four stars from London’s West End and The Magic Moments Orchestra, in a 100 per cent live production.

Show producer Suzanne Howell promises that as many of the six-time Grammy Award winner’s 50 top 40 UK hits will feature as possible in the fast-moving production.

“They’re tunes everyone will remember and it’s an opportunity to fall in love with them all over again as they’re performed all together live in concert.

“Back to Bacharach is a fantastic evening for all ages, friends and family, book your seat now!” 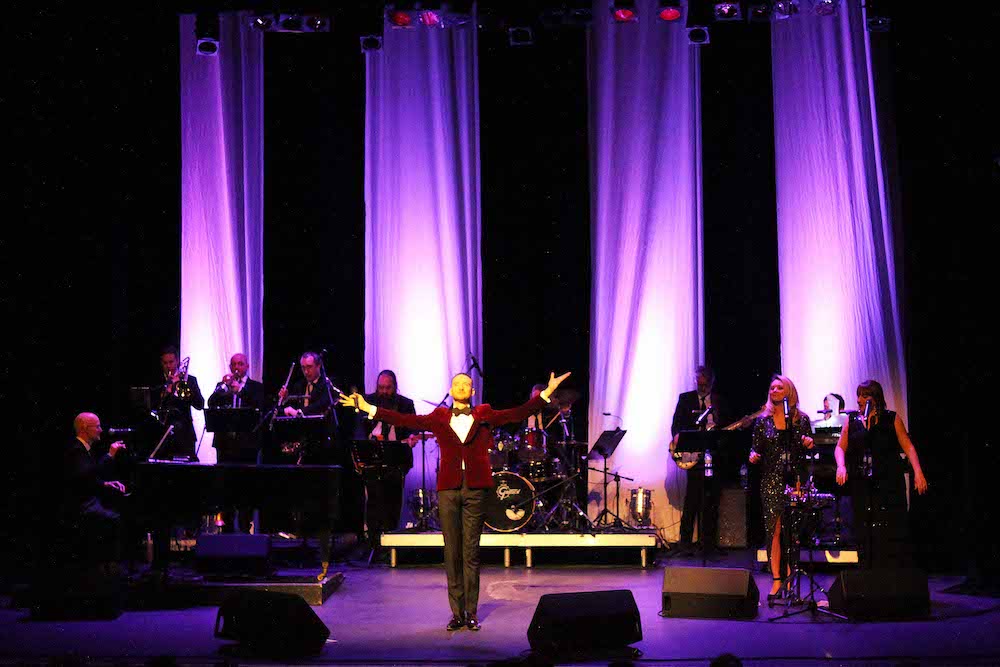 Back to Bacharach are official partners with Breast Cancer Now, raising over £10,000 to date for the charity as it has performed throughout the UK, with the next target being £15,000.

For every Back to Bacharach ticket sold the show’s producers donate £1 to Breast Cancer Now, helping to fund vital breast cancer research.

“One of the nicest nights I’ve had in years and years and years. . . wall to wall two hours of absolutely fantastic music” Owen Money, BBC Radio Wales ***** 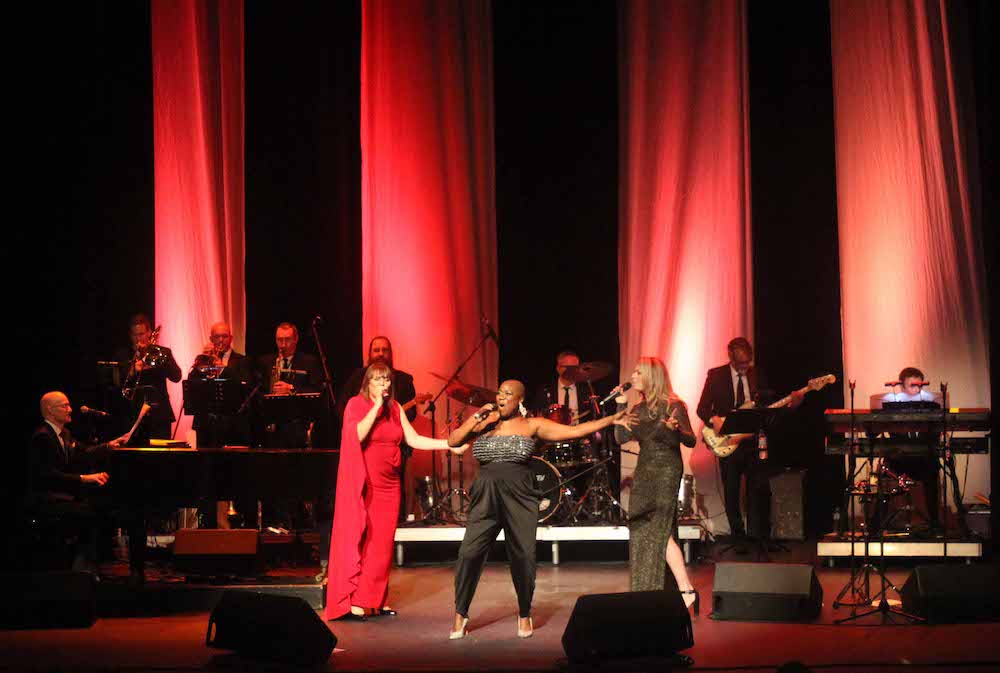 Back to Bacharach’s vocalists have performed all over the world, most recently seeing them perform on tours with Les Miserables, Mary Poppins, Chitty Chitty Bang Bang, Starlight

Express and War of the Worlds

Their television appearances include Jools Holland, The Tonight Show with Jay Leno and The Late Show with David Letterman.

As well as being regular performers for BBC orchestras and touring concert shows, the production’s musicians record with Queen, The Who, George Michael, Take That, Paloma Faith, Status Quo, ELO, Michael Ball, Dionne Warrick, Ronan Keating and The Drifters. 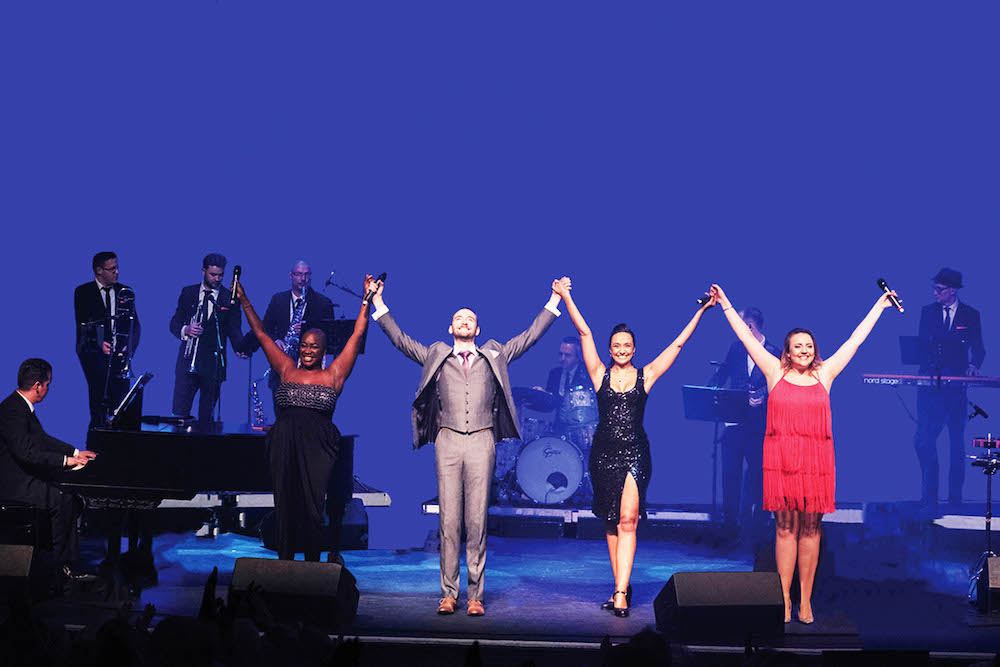