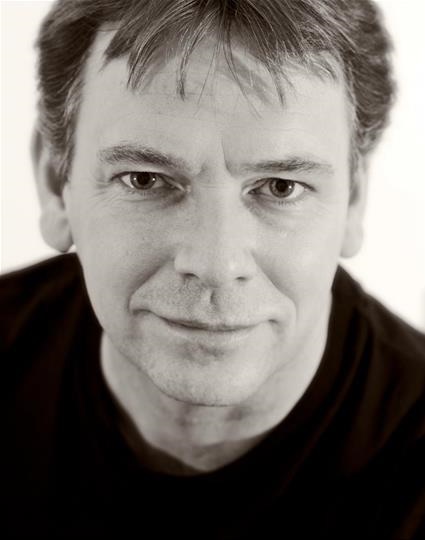 TO PLAY TOM BRYCE IN

Following the announcement that Peter James’ latest Roy Grace novel Find Them Dead has reached No.1 in the book charts – his 17th No.1 in the UK, Peter James and producer Joshua Andrews are delighted to announce that award winning EastEnders star Adam Woodyatt will play the leading role of Tom Bryce in the World Premiere stage production of the Peter James best-selling novel “LOOKING GOOD DEAD” coming to Milton Keynes Theatre on 14 June 2021.

Adam Woodyatt is the longest serving cast member in “EastEnders” having appeared continuously as Ian Beale since the show began in 1985. For his portrayal of the role he was honoured in 2013 with the Lifetime Achievement Award and in 2015 after the “EastEnders” 30th Anniversary Live episode, Best Actor at the British Soap Awards. “Looking Good Dead” marks Adam’s return to stage in a play for the first time since 1982 as a 13-year-old at the National Theatre in Tom Stoppard’s “On The Razzle”. In addition to “EastEnders” Adam has also appeared on many TV programmes including “Robot Wars”, “Dream House”, “A Question of Sport”, presented “The National Lottery” draw live and last year was a contestant on “Celebrity Masterchef”. He has also previously appeared in the pantomimes “Peter Pan”, “Snow White”, “Aladdin”, “Mother Goose” and “Cinderella”.

Adam Woodyatt said today, “I am so excited to be swapping the square for the road in the world premiere stage production of Peter’s fantastic novel “Looking Good Dead”. I can’t wait to tour the UK and to experience the feeling of performing this thrilling play in front of a live audience every night. There are not many things that would persuade me to take a break from EastEnders, but this is one of them.”

Peter James said today “I am thrilled that Adam Woodyatt is going to star in “Looking Good Dead”. He’s a wonderful actor and I can’t wait to see him play the multi-layered character of Tom Bryce brilliantly. I’ve been humbled by the incredible reaction to my plays over the last few years and we now look forward to being able to thrill theatre audiences again, with this new play in 2021.”

No good deed goes unpunished…. hours after picking up a USB memory stick, left behind on a train seat, Tom Bryce inadvertently becomes a witness to a vicious murder. Reporting the crime to the police has disastrous consequences, placing him and his family in grave danger. When Detective Superintendent Roy Grace becomes involved, he has his own demons to contend with while he tries to crack the case in time to save the Bryce family’s lives.

Peter James is a number one bestselling author of crime and thriller novels and the creator of the much-loved Detective Superintendent Roy Grace. He has topped the Sunday Times best seller list seventeen times and has achieved global book sales of over 20 million copies which have been translated into 37 languages. Synonymous with plot twisting page turners, he has garnered an army of loyal fans throughout his storytelling career which also included writing for TV and producing films. He has won over 40 awards for his work, including the WHSmith Best Crime Author of All Time Award, Crime Writers’ Association Diamond Dagger and a BAFTA nomination for The Merchant of Venice starring Al Pacino and Jeremy Irons for which he was an Executive Producer. His first Roy Grace novels are currently in production with ITV.

“LOOKING GOOD DEAD” is produced by Joshua Andrews and Peter James and has been adapted for the stage by Shaun Mckenna. An award-winning British dramatist, Shaun’s previous theatre credits include Ladies in Lavender, the Lord of The Rings musical and Peter James’ The Perfect Murder, Dead Simple, Not Dead Enough and The House on Cold Hill. It will be directed by the Olivier Award winning Ian Talbot. Ian was Artistic and Managing Director of the Regent’s Park Open Air Theatre until 2008. His West End credits include High Society at Shaftesbury Theatre, Lend Me A Tenor at the Gielgud Theatre and The Mousetrap at St Martin’s Theatre. His UK touring credits include Annie Get Your Gun, Anything Goes, Priscilla Queen of the Desert, Million Dollar Quartet and Peter James’ The Perfect Murder and The House on Cold Hill.