One of the most innovative and enigmatic presences in modern music, St. Vincent a/k/a Annie Clark is in Cambridge on the 29th August performing a headline show at the Corn Exchange. 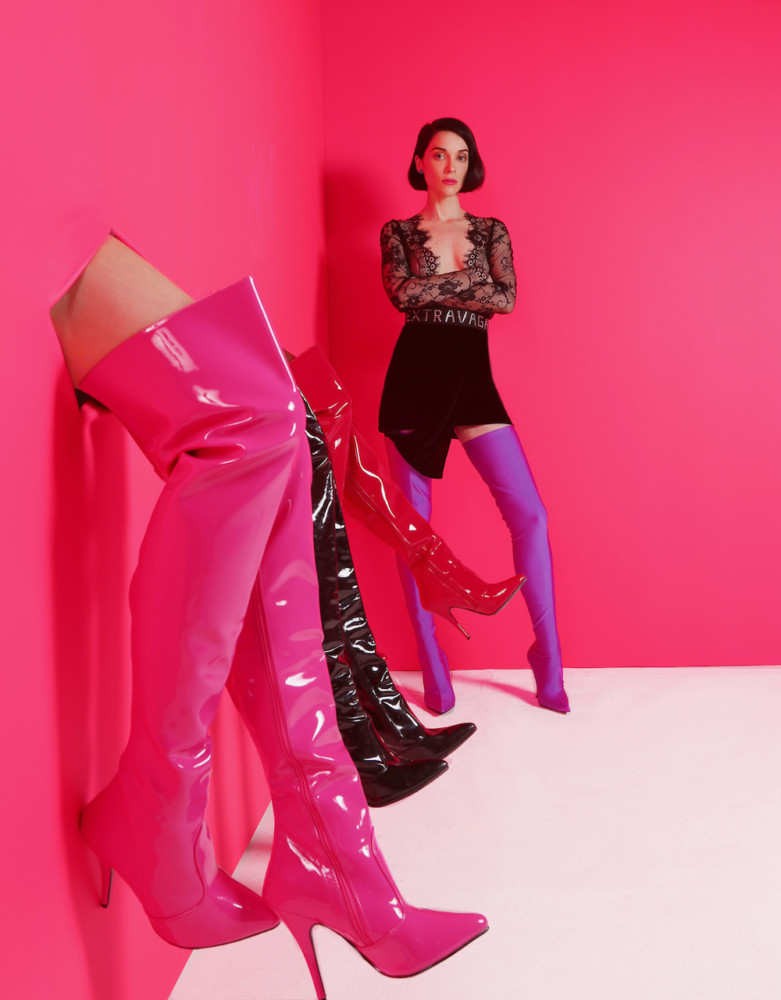 In addition to being one of the most compelling live performers of a generation, St. Vincent has released five albums to critical acclaim, including 2014’s Best Alternative Album Grammy winning St. Vincent and, most recently, last year’s MASSEDUCTION.

As with its predecessors, MASSEDUCTION has earned an ecstatic reception from critics and fans alike. Debuting at #6 in the UK, MASSEDUCTION was named the #1 album of 2017 by the Guardian, who noted “Annie Clark makes a rock-star power play by embracing thrilling glam traditions while producing something strange, new and unequivocally moving.” Upon its release, the album was hailed by Uncut as “a bravura fusion of dense-art metal/pop and strutting baroque disco,” while Q opined “Each St. Vincent album has outclassed the one before, and her fifth is no exception.”

The mass seduction of the album’s title is a bold, emotional reckoning, largely themed around power—or as Clark specifies, “All the forces that can swallow you whole.” These include notoriety and beauty, as well as intoxicating distractions such as pills, sex, and sorrow. Richly melodic and vividly produced, MASSEDUCTION marks St. Vincent’s first collaboration with co-producer Jack Antonoff (Taylor Swift, Lorde, Sia, fun.). Their work occupies a fertile space between pop and art rock, with narratives that pivot from sentimental to savage. MASSEDUCTION is, most accurately, a mosaic of St. Vincent’s own experiences: “You can’t fact-check it, it’s not a diary entry, but if you want to know about my life, listen to this record.”