A Palace Fit For A Sire 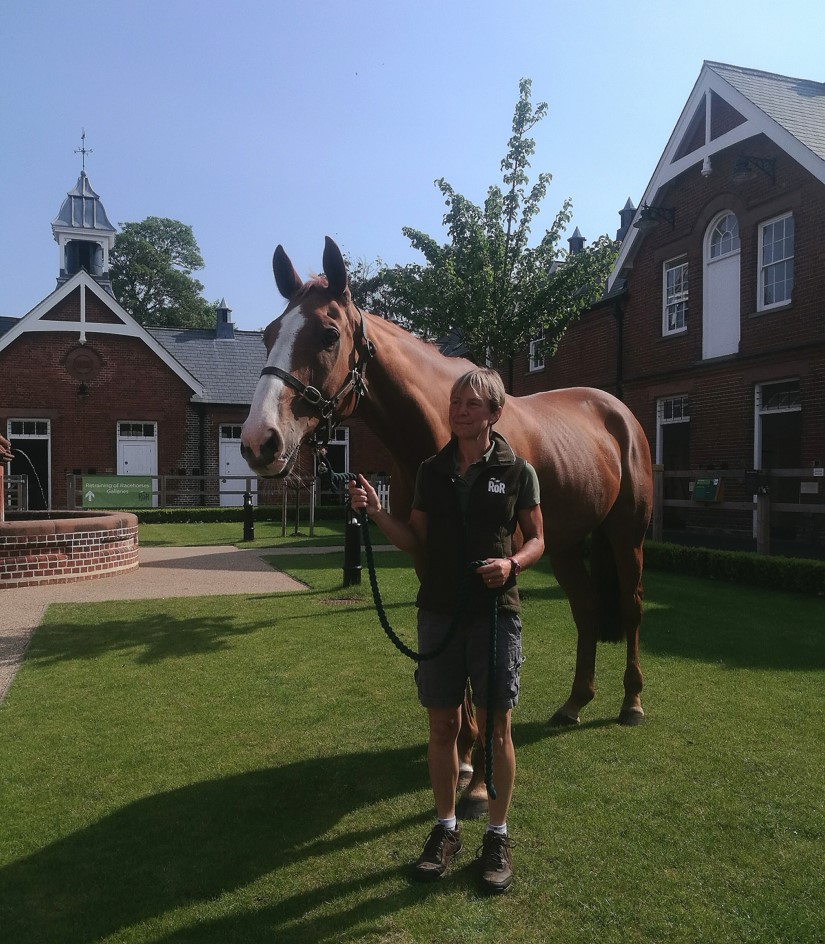 Sire de Grugy has joined the Retraining of Racehorses (RoR) charity, flagship yard at the National Heritage Centre for Horseracing and Sporting Art at Palace House Newmarket for the summer. Visitors to the museum and specifically the Rothschild Yard will be able to meet the champion chaser over the next two months along with his new stable mates Purple Moon, Starluck, Catena Alta, Mulk and Royal Battalion.

Sire de Grugy retired from racing as an eleven-year-old in 2017 by which time he had amassed an impressive £885,446 in total prize money. Trained by Gary Moore and ridden by his son Jamie, Sire de Grugy won on 17 occasions, his career highlights including a Champion Chase, two victories in the Tingle Creek and successes in the Clarence House and Celebration Chase.

Originally purchased as a 50th birthday present for his owner and racing enthusiast, Steve Preston, it was after his last run at Cheltenham in December 2017 that Steve gifted the household favourite to the Moore family.

Jamie Moore, regular jockey of Sire de Grugy commented: “He is a very special horse. He has given me some of my greatest rides and wins and really is one of the family. He is fantastic with the kids and my six-year-old trots him around the yard and he’s as good as gold. It’s great that he is going to spend a couple of months in Newmarket at Palace House where visitors can meet him and importantly see the great and valuable work of RoR, but I won’t lie that I am already missing him and can’t wait to have him back.”

Sue Molloy, RoR yard manager at Palace House, said: “Sire de Grugy has settled in well here at the Rothschild Yard and we are thrilled to have him with us for a few months. He is a very easy, nice natured horse and I have ridden him twice so far. During his time here, we shall work on his flatwork helping him to accept the difference use of leg and hand aids, some pole work and generally help him make the changes from a racehorse to a riding horse.  I am sure he will be a joy to have and will no doubt give much pleasure to the visiting public.  Like the other five ex-racehorses we currently have on the yard, his day will include ridden work in the magnificent Peter O Sullivan arena, turn out, horse walking and relaxing in his stable.”

The Moore family have lent RoR, Sire de Grugy for the next two months at their flagship yard at Palace House Newmarket to showcasethe ongoing work of the Retraining of Racehorses charity and to illustrate how thoroughbreds can be re-trained effectively for a successful life beyond horseracing. Sire de Grugy will return to the Moore’s later in the summer where will be return to daily hack duties and so the extended family can enjoy having him around before any other decisions are made.

Jayne Moore said: “We love having him; Sire has enjoyed hacks out with Jamie and his wife Lucy with their two young children on their ponies. He really is the horse of a lifetime and we love him to bits.”