This selection of Simon Carter’s atmospheric landscape paintings provides an opportunity to compare and contrast two groups of work that differ vastly in scale but explore similar subject matter.

Simon’s paintings are impressions of the landscapes that he walks through and absorbs – drawings made on location lead to constructions of compositions, and the colours he uses relay the feel and mood of the places` he has visited along with the journey he has taken to get there and back. Rather than a straightforward relationship of a particular landscape that simply documents its visual narrative, his paintings record the memory and feel of the entire experience of journeying to and from somewhere. The location is central to the journey, and through that becomes central to the painting, but the sensation of the location is affected by a range of factors that butt up next to it, including weather, atmospheric pressures, events and encounters that take place en-route, the amount of time that is spent there, the mood of the artist, and potentially even social, political and other factors that influence the way we respond psychologically to our physical surroundings.

Simon’s exhibition at The Minories occupies two rooms. The first contains a selection of works of approximately 20×30 centimetres, or around 30-40 centimetres in diameter. The second presents much larger works – approximately 145×160 centimetres. There are corresponding palettes that have been used for the two sizes of paintings, so each painting has one or more ‘partner’ paintings in the adjacent room. Although the paintings weren’t conceived as pairings or partners, this correspondence between colour-ways sets up a relationship that encourages direct comparisons. These comparisons are particularly interesting in relation to Simon’s work, as even though the sensation he is wanting to communicate may be similar, the approach to the making of a large painting is very different to the making of a small one. The scale of the brush strokes in relation to the images is vastly different, and the impact and affect that each mark has upon the whole image is much weightier within a smaller surface area, and a larger painting has the potential for different effects to be presented across the breadth of the canvas.

The different scales of works have been placed in different spaces rather than positioning pairings side-by-side as a way of adding a journeying element to the exhibition. This means that to compare works with similar colour-ways it is necessary to travel between them and hold the previous image in ones’ mind. By adding journey and memory to the encounters the viewer takes on some of the experiences of the artist – walking between places and recreating comparisons in the mind. The two spaces could also create different sensations for the viewer – by moving from one scale of work to another there is the potential to feel a change in ones’ self, perhaps a shifting in self-scale in relation to the works. There is also a sense of a shift between the macro and the micro – an enforced focus on an overall smaller image that could be viewed as a detail or close-up of a bigger picture, in contrast to a larger work that can either be viewed in its entirety or focused on to view details and specifics.

In an essay commissioned by Messum’s Gallery from Peter Vergo, Emeritus Professor of Art History at the University of Essex, he states that “The best way to understand Simon Carter’s paintings is to put them alongside his other paintings. Looked at in this way, they seem to converse among themselves in a manner profoundly revealing of his attitude not merely to landscape and motif but also to time, space and figuration”.

Many of the aspects that are drawn out in Approaching the Remote help to highlight Simon’s own approach to painting, and also the all-important relationship to nature that his work has; the diversities and similarities, the differences in scale (the micro and the macro) and the sensation we can have of being immersed in a place that consists of forces that connect everything around us, are not dissimilar to the experience of immersing oneself into one of Simon’s paintings.

Simon Carter lives and works in north-east Essex. He exhibits regularly across the eastern region and in London and his works is represented in over 20 collections across the UK as well as the USA and China. He is currently President of the Colchester Art Society.

Monday to Saturday 10am to 5pm Admission is free. 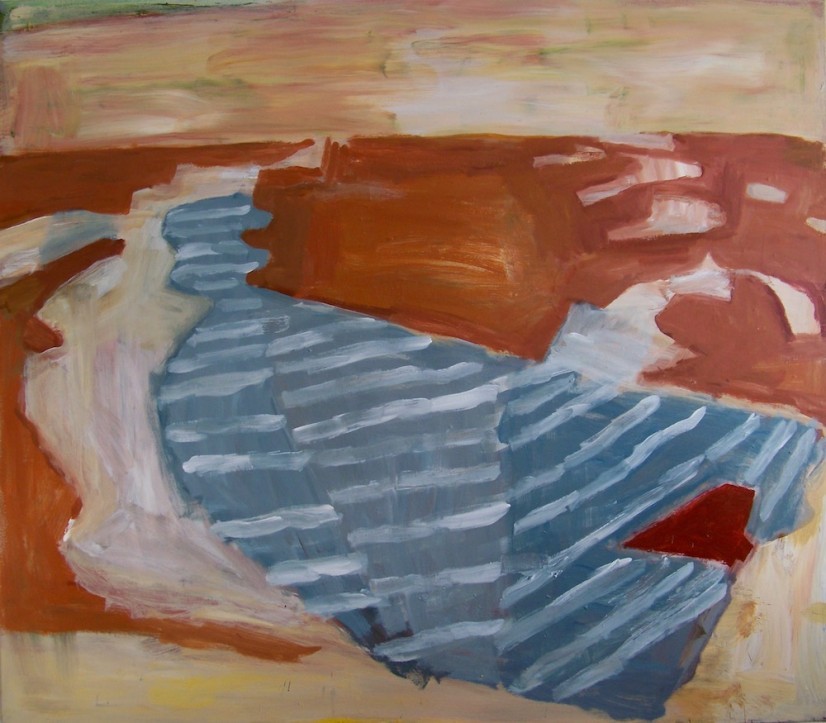