In celebration of their 10 years of song, a very special take place on Saturday 22 December at Norwich’s St Andrews Hall. At the concerts they will be joined by some of the special guest singers and musicians who have taken part over the years – with saxophonist Andy Sheppard already confirmed to lead the instrumental line up.

Co-Directors Sian Croose and Jonathan Baker are inviting past and present choir members, to join in the celebratory concerts to potentially create their largest ensemble yet. Past performances have seen the choir exceed 160 members.

One of the most significant aspects of The Voice Project Choir is that it truly is open to all. A true community choir that absolutely anyone can join whether they have any experience of singing and music or not – there are no auditions and everything is taught by ear with no need to read music.

Anyone interested can simply attend the obligation free taster session on 2 October or the first rehearsal on 9 October. ‘We don’t have a permanent choir’ said Sian Croose ‘some people sign up for every project and some join for one and return at a later date. I think that flexibility helps keep everything fresh – over the years we must have had hundreds of different members’.

‘We’re also hoping that some of the members of the choir’s we formed in Brighton and elsewhere will be able to join us’ said Jonathan, ‘We hope to make it a true celebration of the past 10 years and a launchpad for the next 10’.

The taster session is an opportunity to meet Sian and Jonathan, sing some of the music, and hear about plans for the performances.

Since their creation in 2008, the Voice Project’s unique vision of what a community choir can be has taken them to international festivals around the UK and mainland Europe. They have been featured on prime time French TV and broadcast on BBC Radio 3. They perform annual concerts at Norfolk & Norwich Festival appearing with significant guests from the jazz and contemporary music fields and took their show The Arms of Sleep to this year’s Brighton International Festival. Guest musicians and performers have included Andy Sheppard, pianist Gwilym Simcock, Switzerland’s Nik Bärtsch, Norway’s Arve Henriksen and American trumpeter Jon Hassell who has also collaborated with the likes of David Bowie, Brian Eno, David Sylvian and Peter Gabriel. 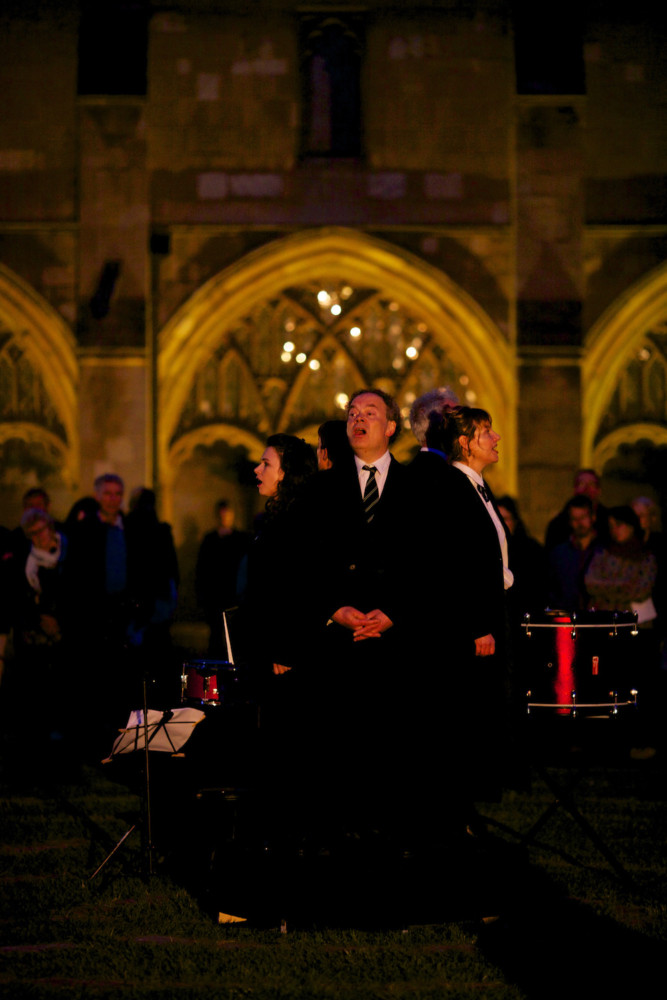