This Christmas we are celebrating the 10th Anniversary of The Angela Mellor Gallery on
December 3rd/4th & 10th/11th 10.30am-5pm
We would love you to join us for a glass of fizz and canapés on December 3rd when
Ronald Pile will be here 12-2pm to open the Exhibition.
My love of ceramics began whilst teaching in the early 70’s and furthered my studies in 1984 at the University of East Anglia under the direction of Peter Lane, the ceramist and author, who became my tutor and mentor. I was introduced to bone china in 1991 by Sasha Wardell and fell in love with this seductive medium. In 1995 I went to live in Perth Western Australia with my late husband Manfred who was very supportive of my work. In 1997 I gained a BA Hons at the University of Tasmania in Hobart, studying with Les Blakeborough, whose porcelain I greatly admired. That was followed by a move to Melbourne where I completed a Graduate Scholarship for MA Research at Monash University. These opportunities afforded me the chance to develop my work in bone china and pioneered the use of bone china paperclay, resulting in Honourable Mentions in International competitions in Japan and Korea.

The bright sunlight in Western Australia, and its effect upon the landscape, made a great impact on me and influenced the development of my work. On returning to Perth, I set up my own studio. An Australian Crafts Council Grant enabled me to collaborate with a lighting designer for a year so as to research the translucency of bone china, which has become the driving force in my work today, as can be seen in my new series Sculptural Light, which is a complete diversion from earlier work and my most adventurous to date.

These pieces have been hand built using bone china paperclay, a medium I have researched and developed myself since 1997. Observations of nature in its many forms have been inspirational to me. These include the study of exotic plants in Indonesia and marine life in Australia, and more recently coastlines around the UK.

It had always been a dream of mine to run my own gallery and when after ten years I returned to England in 2006 things fell into place. I took over the gallery in Ely from Ronald Pile, previous owner of Primavera in Cambridge. Ronald has proved to be a great friend and guide over many years and I am delighted that he will be in the gallery on Saturday 3rd December 12-2pm to open the exhibition.

For the first few years I showed the work of many international and UK artists, mainly ceramics—including Pippin Drysdale, Sandra Black, Karen Bablock, Gabrielle Koch and Jane Perryman—and paintings by the late Tony Birks, abstract paintings by Mary Romer and Lynne Windsor’s year-long exploration of the Fen landscape. Alongside these we have exhibited stunning glass by Peter Layton and Bruce Marks, and exquisite jewellery by Dorothy Erikson to name but a few. We would like to thank those all those artists and supporters who have contributed to the Gallery’s success.

For the past few years I have concentrated on my own practice and only open the gallery twice a year and by appointment. This has given me the freedom to develop my work, through various series including ‘Coastal Light’, the green and gold ‘Spray’ series and now culminating in the stunning new ‘Sculptural Light’ series.

Alongside the sculptural pieces, a new range of spontaneous objects sees black slip dancing around ‘rocking” bowls and over and under forms in a ‘Symphony in Black and White’. These are complemented by invited guest artist Vilokini Gail Abbott’s new monochrome prints about the transitions and thresholds between states and liminal places. Also returning is popular local painter Melanie Max with her atmospheric landscapes in oils.

We are pleased to introduce two new jewellers this year: the intricately detailed and fluid patterns of Abi Cochran’s whose recurring theme is rivers running through rocky valleys, and the unique sculptural pieces by Alison Kramarchuk who knits together silver and copper wire. We are also pleased to feature the ever-popular seasonal brooches crocheted from copper wire by Tina Ashdown.
Clockwise from left: Vilokini Gail Abbott, Abi Cochrane, Alison Kramarchuk

Lastly, but by no means least, I would like to thank my apprentice Louise Barr without whose help and dedication over the past few years I could not have accomplished so much.

Looking to the future, I have recently been invited to be on the Advisory Team of International Paperclay Exhibition Project in the USA, which will tour museums and galleries worldwide. This will greatly increase the understanding and appreciation of paperclay work and encourage more ceramicists to explore the medium. 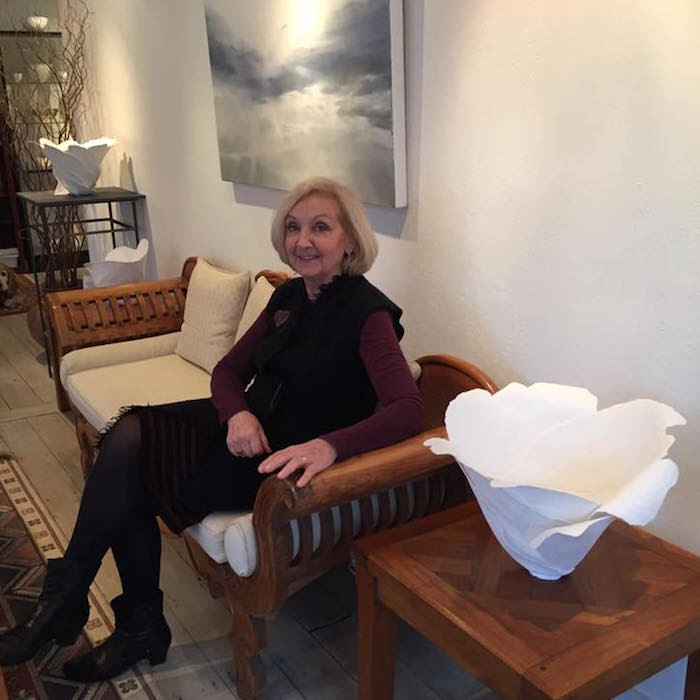 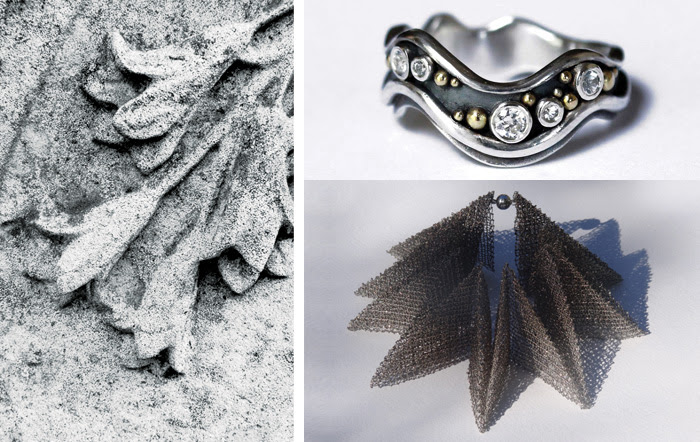